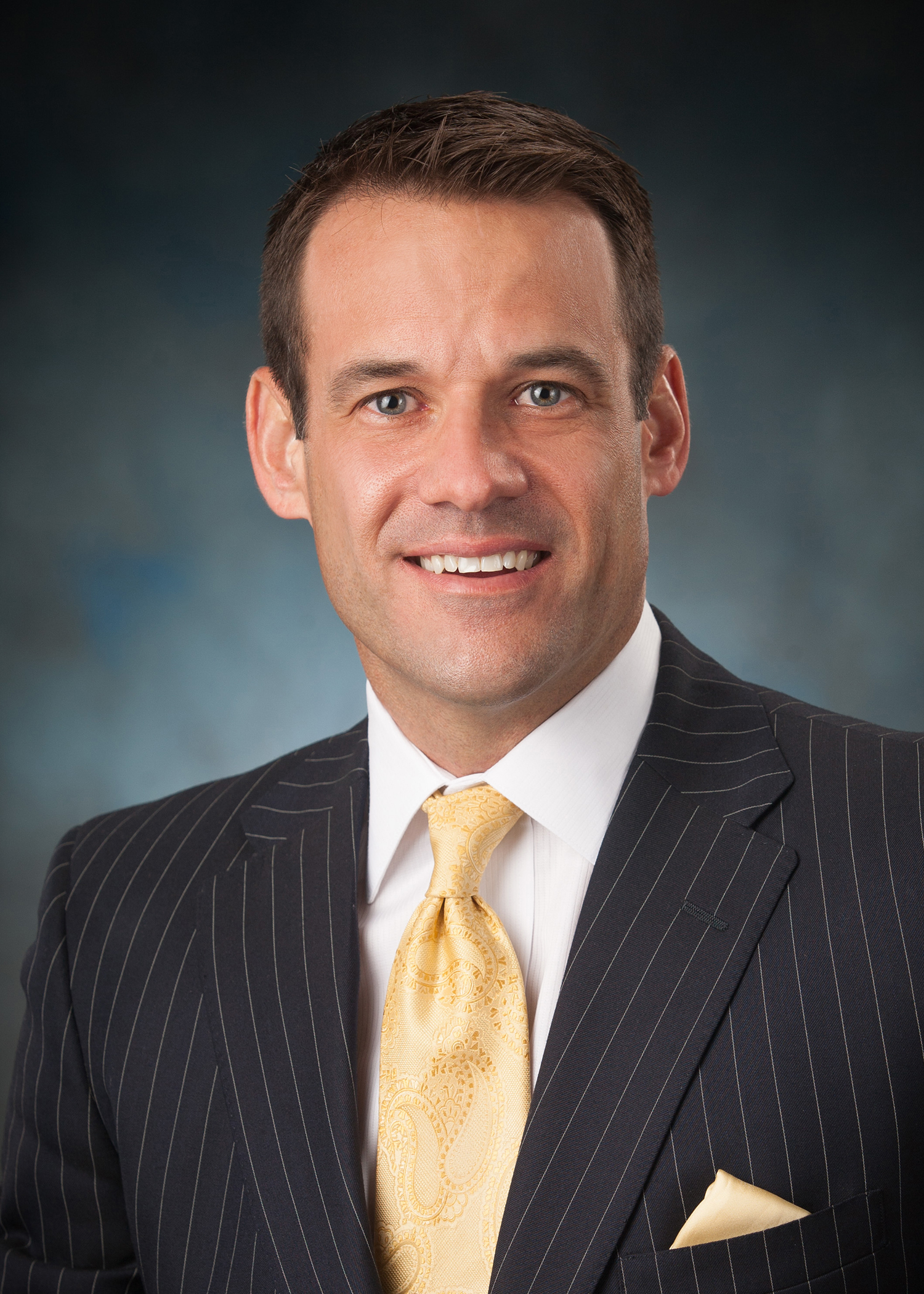 Dr. Blake Gideon serves as a senior pastor for First Baptist Church in Edmond, Oklahoma. He is passionate about the Gospel and finds his greatest joy in seeing the lost become saved and for the saved to live out their new identity in Christ.

Blake and his wife Kelly have four children. Blake graduated from Southwestern Baptist Theological Seminary in 2005 with his Undergraduate Degree in Theology. Later, in 2008, he graduated from Southwestern Seminary with his master's degree in Religious Education and has also completed his master's degree in Divinity. He completed his D.Min at New Orleans Theological Seminary in 2015. Other than spending time with his family, Blake enjoys bass fishing, hunting, CrossFit training, and reading.

Blake came to faith in Christ on April 14, 2000, after spending many years of his life believing he was saved. At the age of nine he had gone forward in a church service and told the pastor "I believe in Jesus," the next Sunday he was baptized. Sadly, it was only an act of going through the motions. There was no sincerity of heart.

However, at the age of 24, he finally realized that salvation was not about going through the religious motions. Instead salvation involves a total surrendering of one’s life to Christ as Savior and Lord. This involves repentance and faith. Repentance is a change of mind, which results in a changed behavior and faith is more than belief, its commitment.

Thus, on April 14, 2000, by God’s grace, turning away from living life for himself and completely surrendering to Jesus as Savior and Lord, Blake became a new man in Christ. His life has never been the same since!

Dr. Blake Gideon is currently serving as President of Oklahoma Baptists (formally Baptist General Convention of Oklahoma), and is a member of the Evangelical Theological Society (ETS).

He enjoys reading Christian classics. His favorite books consists of:

"We are a Family of Faith Passionately Connecting to Christ, His Church, His Word and His Mission, for His Glory."
‍
We are "On Mission" to reach the city of Edmond and the world with the Gospel. The vision is to be relentlessly declaring the Gospel to the ends of the earth. Learn more about Edmond's First Baptist Church.

Dr. Blake Gideon also engages in itinerant preaching and speaking.  He is available to speak on the following topics:

Reflecting On The Word of God

Written from a compilation of sermons I preached from Matthew and Mark, this devotional will help you to reflect on the Word of God. Each day's entry explains the meaning of a short passage of scripture and helps you to apply it to your life that day. Along with the scriptures and prayer, this book will help you have a fruitful quiet time. 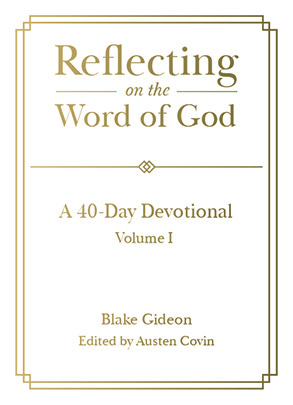 Soaring With The Eagles

The Priority of Prayer

You are not alone. This book sets out to empower you to soar with the eagles and take your prayers to a whole new level. Using Biblical, theological, historical, and personal viewpoints, each aspect of prayer is unraveled. Starting with the family altar, you will learn practical steps to use in your prayer life to give you hope, sustaining power, and preparedness for spiritual warfare and intercession.

Your struggle can be over. You can learn how to effectively increase your understanding and hunger for prayer today. 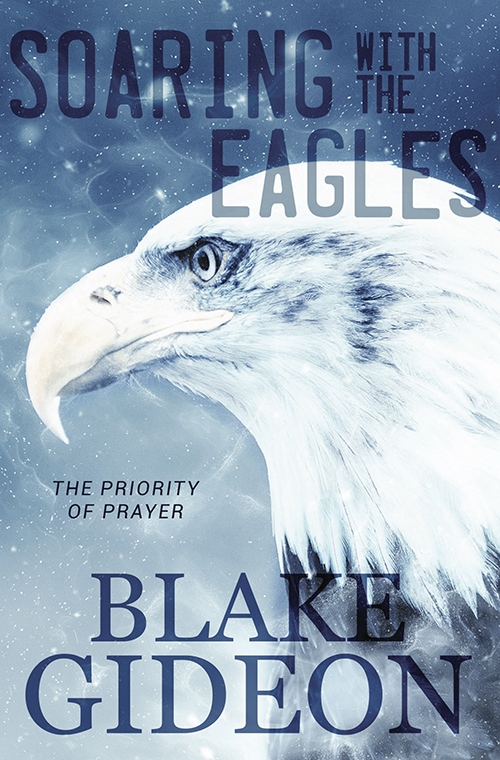 What is truth? A lot of people have asked that question through the ages. Unfortunately, our own opinions or desires often obscure the truth. For many, truth can become whatever we want to believe.

In much the same way as a person strips away the layers of old paint or varnish to get the original beauty of a priceless antique, this book seeks to remove all the layers of lies and opinions that clog our culture, to get to the unvarnished truth of what really matters. Through this process, we'll see that the truth in Christ becomes our greatest story.

It is time to rediscover the unvarnished truth about God and accept Jesus' challenge to share the truth with others. 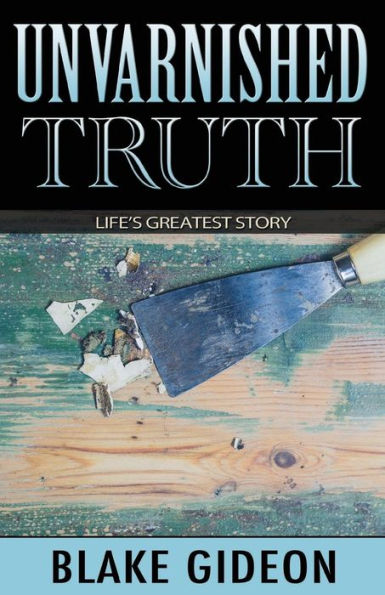 Living Your Life With Influential Purpose

I believe the first step for any Christian is to know who they are in Christ. If this first step is missed or perhaps later forgotten, it can lead to a life of continual frustration, disappointment, and even depression.

Every human being on the face of the earth has an established identity—and that means you. I am not talking about your name, social security number, or even your fingerprint; I'm talking about the way you see yourself and the words you speak to yourself.  Because of the sin of mankind, we as humans tend to compare ourselves to others and speak self-defeating words in our mind.

But I have great news for you: your internal negative dialogue can change! And this is what this book is all about. 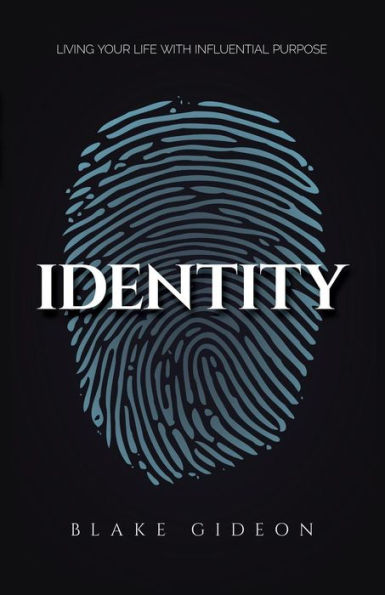 What Baptists Believe and Why They Believe It

What Baptists Believe and Why They Believe It  is a Church Training guide to better understand doctrines such as: 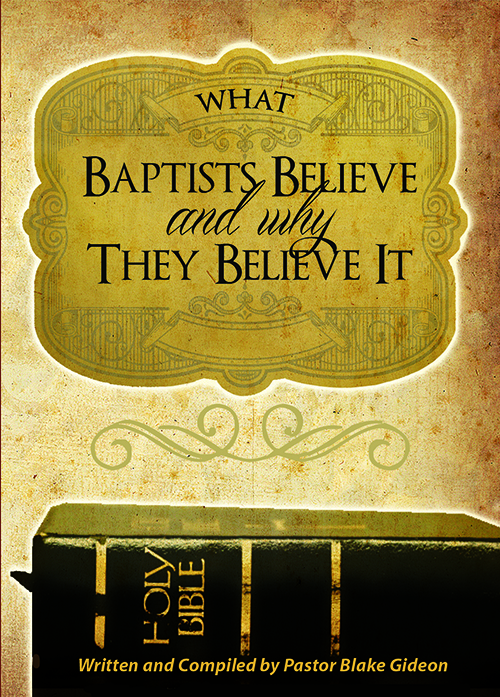